The population of Kitsap County is around 276,000 and growing at a rate of 0.08% over the past year. In southern Kitsap there is a large Navy presence. Bangor Navy Base is where we hide the submarines and Bremerton Navy Base is where the big ships are. There are 4 main cities, Bremerton, Bainbridge Island, Port Orchard and Poulsbo. There are many unincorporated places in Kitsap County also such as Kingston, Hansville, Gorst and Silverdale.

Parts of Kitsap, mostly North, are in the Sequim (pronounced squim) rain shadow. Average rainfall is about 29 inches per year in North Kitsap and 44 inches per year for central and south Kitsap County. Kitsap County is a peninsula with Puget Sound to the east and Hood Canal to the west.  We have 4 seasons here! Yes, it can get a little breezy.

The US Navy has 2 bases in Kitsap. One for the big ships and one for the Trident submarines.

Amazon recently opened a new distribution center in Bremerton. There are many smaller businesses that service Kitsap County. Maybe Google will be here one day!

What kind of work would you like to do in Kitsap County? Do you want a career, part time? Well you’ll find plenty of all of it in Kitsap County. Not only do people work here, they also take one of the many ferries to Seattle to work.

There are also many agencies who can help you find that perfect employment opportunity such as Work Source, Olympic Peninsula Personnel, Express Employment Professionals and more.

Since Kitsap County is so diverse we have  diverse properties to go with the population. On average a stick built house will sell for about $550k, a condo $405K and a manufactured home $115K. There are plenty of homes for more, not a lot for less. Since the community is surrounded by salt water, anything with a view of that water comes with a hefty price. No matter you taste there will be something here for you.

What can be said about commute times, they vary. Traffic is usually a breeze so its just a matter of where you are going. Since most of Kitsap is spread out sometimes you’ll need to travel 30-60 minutes. If you’re going to take a ferry that changes a lot BUT you can get things done while on the ferry. Kitsap is almost an island so if you want to leave its going to cost you, unless you leave through Shelton. You will be heading south for sure.

The Tacoma Narrows bridge takes you into Tacoma. Some may have seen old news reels about “Galloping Gerty”, that’s the old Tacoma Narrows bridge. The high winds still go right across the two bridges but there is no more galloping. Leaving Kitsap via the Tacoma Narrows bridge will cost you $6. The ferries also cost money. You’ll pay just under $20 each way in your car. If you walk on from Kitsap, its free of charge, coming back its $8.50. Now there is another way to leave Kitsap and that is via the Hood Canal Bridge. That one is free to cross and will land you onto the Olympic Peninsula. That’s where the Olympic National Park is.

There aren’t as man restaurants in Kitsap per capita as there are on the “mainland”. There are no Ruth’s Chris over here but we do have a Grub Hub in Kingston. Silverdale and Bremerton have the usual franchised restaurants such as Applebees, Red Lobster, Olive Garden. In Kingston is a great Greek restaurant with authentic food. A low key lifestyle with low key food.

Did someone say hiking? There are so many trails in Kitsap to hike and explore. https://www.visitkitsap.com/trail-maps

Boating and fishing are also a big thing. People store their water vehicles at home, in storage and at moorage. Here is a list of public boat slips

People in Kitsap County are outdoor people. So there are tons of things to do. You can hike, you can boat, fish, kayak, paddle board, dig for clams, sail, swim…the list goes on. About the only thing you can’t do is snow ski and mountain climb, then again if you drive a couple of hours you can do that too! 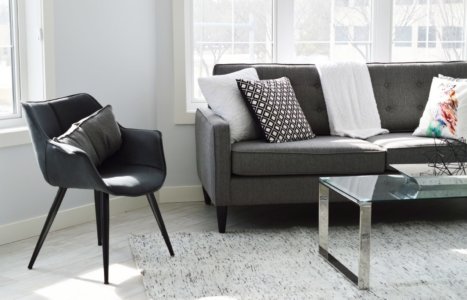 The “experts” say that housing is more affordable now than it was decades ago. How does that work? If you compare the cost of living now with previous years, the cost of housing is a much smaller percentage than a long time ago. As for Kitsap being affordable, yes its affordable. Not the biggest reason people move here though. You will get more bang for your buck in Kitsap County compared to King or Snohomish Counties.

There are 5 school districts in Kitsap, North, Bainbridge Island, Central, Bremerton & South. This las year has given everyone challenges. Here are links to each  district’s “report card”

Like most statistics this one is very subjective. Highest rated in academics may not be highest rated in sports or graduation rates. Its up to you to decide. Here is a quote from a web site called Public School Review.

Many, many neighborhoods to choose from in Kitsap. We’ve got mansions on acreage and on the beach. If your style is a little more down to earth we’ve got those too. What’s your priority? Do you need to be close to shopping? Kitsap Mall is in Silverdale. How about schools? Got horses, we’ve got that too. A boat? There are lots of public and private moorage facilities.

Hansville has a picturesque marina in Driftwood Key. Of course there is fresh water boat launces as well as salt water. Silverdale has a larger salt water marina and boat launch.

Downtown Poulsbo looks as if you have flown away to Norway! The store fronts are all painted in Norwegian tradition.

East Bremerton has Kitsap Fairgrounds for rodeos and concerts and all the “fair food” you want.

Did I mention that Kitsap County is across Puget Sound from Seattle? Just a ferry ride away. There are 3 “fast ferries” which are foot traffic only that leave from Edmonds, Port Orchard and Bremerton. Currentyly only 3 vessels, two more coming!

Real Estate is as diverse as the population. Again we have modest homes all the way to mansions. You’ll find a home you love here.

Homes for Sale in Kitsap County

Ann helps people move from one home to another by assisting them to buy and sell houses in Kitsap County and surrounding areas.
Since 1996 Ann has helped folks though every step o the process from staging to moving boxes to baking cookies!
Living in Kitsap County is not the same as living in King County where Ann started her career. In Kitsap people enjoy the outdoors. King County is very urbanized. Ann move to Kitsap in 2019 to take advantage of the outdoors and get away from the hustle and bustle of the big city.
For 25 years Ann has been know for her outstanding customer service. YOUR #goal is her # goal.